Liverpool enters the world of digital collectible art by launching its first official NFT collection. The LFC Heroes Club collection will feature artwork from 24 members of the men’s team, bringing their “individual and superhero characteristics” to life.

Auction house Sotheby’s has partnered with the football club to help create the project, which will be available to buy during a three-day online sale from March 30 to April 1. The digital collection will have two categories – Legendary Edition and Heroic Edition.

Liverpool, as a club, has always meant more. Or at least that’s what fans like to tell themselves. And that’s what the club rather likes to tell us too, creating clever videos that lean into sentiment with the aim of reinforcing those feelings of attachment between the fan and the club.

None of this is done with altruistic intentions, of course. Because every casual fan who becomes a devoted follower who becomes a rabid supporter is also a potential source of revenue for the club, increasing shirt sales and hospitality tickets sold and leading to more lucrative business partnerships.

More fans, more followers, more supporters equals more sales, more revenue and more brand value. This is the ugly side of the beautiful game, and looking too closely at this side of things risks shattering the illusions that help to remain a fan, a follower, a supporter.

Look too closely and you’ll start to see that you don’t really matter to the club in the same way the club matters to you. Look too closely, and it becomes clear that you are nothing more than a data point on a spreadsheet, a customer whose only value must be separated from your pounds or dollars or euros. 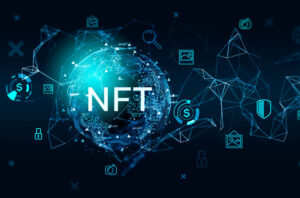 At the online auction they will go under the hammer, with bids starting at £75.

The Hero Edition is a limited run that will see players demonstrate various personality traits and poses. Fans will have the opportunity to own a unique, randomly generated NFT Hero Edition, with the exact image revealed once the sale ends to reflect the anticipation created when opening a football card pack. These will be priced at $75 (£56).